Written by John McMillin on July 23, 2018. Posted in United Way of Wilson County. 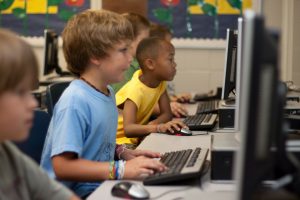 The Tennessee Commission on Children and Youth recently posted the findings of the 2018 Kids Count Data Book with some interesting findings, and we at United Way of Wilson County and the Upper Cumberland are happy to pass along some good news from the TCCY.

It seems Tennessee is making a marked improvement in several areas of child wellbeing, ranking 35th in the recent compilation released June 27 by the Annie E. Casey Foundation. The state’s overall ranking is composed of four domain ranks, economic wellbeing, education, health and family and community. Each domain is made up of four measures.

Tennessee achieved its highest rank, 27th, in the health domain. Other rankings were 33rd in economic wellbeing, 35th in education and 38th in family and community. The state improved on one or more measures in all the domains except health.

The Kids Count Data Book provides a picture of where Tennessee is and where it needs to focus more attention, and it provides data to inform changes states may want to make for improvements in the future. The Tennessee Commission on Children and Youth is the Kids Count Tennessee state affiliate.

“Tennessee’s early adoption of expanded TennCare and CoverKids for children has contributed to a strong ranking on its health domain over the years,” said Rose Naccarato, Tennessee Commission on Children and Youth Kids Count director. “As other states have expanded Medicaid under the Affordable Care Act, this advantage has waned. Though most low-income children still have access to TennCare or CoverKids, their parents are often unaware because they themselves are not eligible.

“The state has put particular focus on infant health and on improvements in early education. Over 60 percent of Tennessee three- and four-year-olds lack access to pre-K, and the programs that are available are inconsistent in terms of quality.”

This year’s data book focuses on the undercount of young children in the decennial Census, and the impact this can have in 2020. TCCY’s analysis of state spending on children finds that, outside of the BEP, federal funds and their required matching and maintenance of effort dollars account for almost 90 percent of spending on children in Tennessee. Much of this spending is allocated based on either population counts in the census or on formulas that include those counts as a critical input.

“For Tennessee to continue its progress, it needs to be able to describe its problems and measure the impact of its solutions,” Naccarato said. “To do so, it needs an accurate census, one in which all ‘kids count.’ For more than 60 years, TCCY has worked to be a voice for children who have no voice. When children are not counted, they are truly silenced.

For more information about our state’s Commission on Children and Youth and the Annie E. Casey Foundation, check out tn.gov/tccy.